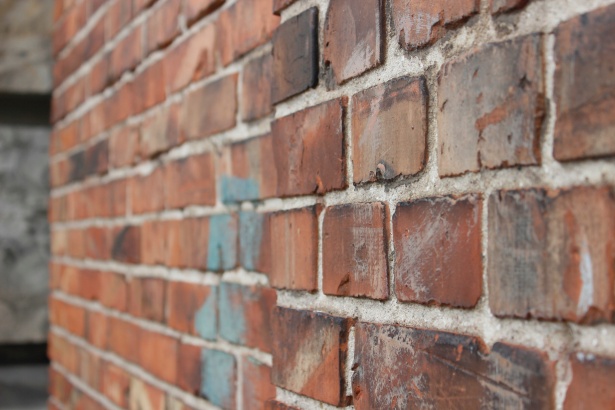 One of the things I have been looking at more recently is the charge of schism aimed at Reformed Churches by the Roman Catholic Church. In a recent post over on the blog ‘Called to Communion’ Jeremy de Haan makes a comment about schism and the Reformation Churches. He calls on Protestants to break with the Reformation: “It would mean recognizing that the five-hundred-year separation from the Church to whom we once belonged is a schism, a sin condemned in no uncertain terms by Scripture, and a sin born of following the divisive light of men, not the unifying illumination of the Spirit.” You can read his post here.

Now, this specific post is part of an extensive debate over interpretation. But this charge in particular is a hefty charge, and one that I have been thinking over as I study the Reformation and the issue of schism in the Church of Jesus Christ. After all, in his book ‘Inferno’, Dante places schismatic church leaders in their own section of Hell. So for a Roman Catholic to launch that schism grenade over into our churches, is quite the move to make. Depending on which Roman Catholic is making the statement, it could be quite a damning statement.

This has brought me to ask the question: how did the Reformers respond to the question of schism? They actually responded to it quite extensively, and one of the most excellent responses I have found is in Guido de Bres’ appendix to the Belgic Confession. You can read it in its entirety part way down this page.

What was Guido de Bres doing in this confession? My understanding of the key debate between the Roman Catholic Church and our churches is the source of our authority. The RCC does not deny that Scripture is an authority, but places the authority of the church on par with Scripture. As such, it is the RCC who claims to have the proper interpretation of the holy Scriptures. In response to the view of Trent, Danny Hyde quotes from the Ten Theses of Berne: “The holy catholic church, whose sole head is Christ, has been begotten from the Word of God, in which also it continues, nor does it listen to the voice of any stranger” (Welcome To a Reformed Church, 36). In other words, the Reformation never rejected the authority of the holy catholic church (to be distinguished from the sect established in Rome), but rather, the Reformation argued that the holy catholic church was to be submitted to the Word of God. De Bres’ central aim was to go back to the Word.

Guido de Bres explicitly responds to the accusation of schism in his preface to the King. These are bold words and they speak of his passionate love for the Church of Jesus Christ:

“Through this confession, as we hope, you will acknowledge that we are unjustly vilified as schismatics or as disturbers of the unity of society, as disobedient and as heretics, since we are committed to and confess not only the most fundamental points of the Christian faith that are contained in the symbols of the common faith but also the whole doctrine revealed by Jesus Christ for a life of righteousness and salvation. This doctrine was preached by the evangelists and apostles, sealed in the blood of so many martyrs, preserved purely and wholly in the early church; until it was corrupted through the ignorance, greed, and the lust for praise of the preachers, through human discoveries and human institutions contrary to the purity of the gospel.”

Guido de Bres, is simply echoing the words of Wyclif, Hus, Luther, and Calvin in this confession. This whole introduction is a cry for protection from persecution. As Hus himself said in one of his last letters: “I write this in prison in fetters, which I am wearing, I trust, for the gospel of God, expecting every moment the sentence of death. For God’s sake, I pray you suffer not good priests to be oppressed.” (The Letters of Jan Hus, 274).

What happens when the Church of Jesus Christ drives away men who are seeking to faithfully preach the gospel, excommunicating them and burning them at the stake? Well, they are rebelling against their Head, and bringing division into the Church of Christ. The Belgic Confession is not the Word of God, but it definitely reflects the Word of God when it makes this statement about false churches: “As for the false Church, it ascribes more power and authority to itself and its ordinances than to the Word of God… and persecutes those who live holily according to the Word of God and rebuke it for its errors, covetousness, and idolatry.” (BC 29)

The Roman Catholic Church and Reformed, Presbyterian, Lutheran, and Anglican Churches have suffered from a 500 year impasse. The call to be reformed according to Scripture still goes out, and it is not coming from the Roman Catholic Church. They prefer instead the precarious safety net of popes and councils who so often err and contradict themselves. While it is dangerous to embark on a journey to study God’s Word in its fullness, it is still the safest place to be.

Ephesians 2:19-22 “So then you are no longer strangers and aliens, but you are fellow citizens with the saints and members of the household of God, built on the foundation of the apostles and prophets, Christ Jesus himself being the cornerstone, in whom the whole structure, being joined together, grows into a holy temple in the Lord. In him you also are being built together into a dwelling place for God by the Spirit.”

2 thoughts on “Was the Reformation Schismatic?”