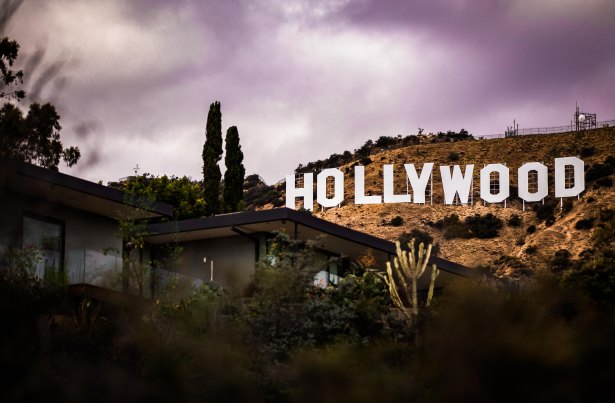 These days new names from Hollywood hit the news, one after the other. Harvey Weinstein, James Toback, Kevin Spacey, now I just saw another article on National Post about Dustin Hoffman. I didn’t know any of their names until they hit the news. All of these men are facing similar allegations for sexual harassment, and I don’t doubt these allegations. I have no desire to talk about any of these allegations or read any deeper. But since it is continually on the headlines of the news, it will either bring feelings of despair for those struggling with such sin, feelings of hatred for the abusers, or just simply lack of feeling for our culture.

But we must consider what is going on here, because this is what we are confronted with every time we entertain ourselves with Hollywood. Hollywood has set new norms for our culture. It has set new norms for what we are comfortable with on screen. For example, the couple in bed in that movie you just watched are really in bed together. It’s not just artful camera work. Hollywood is inundated with prostitution and pornography. And it’s all done for the dollar signs.

Recently, I watched the movie Passengers, not realizing that it had a number of such scenes. I just covered my eyes and moved on with life, until this article on Reformed Perspective made me feel sick inside for even watching the movie: Here’s the Problem with Just Covering Your Eyes During the Sex Scenes. Jennifer Lawrence writes: “And it was going to be my first time kissing a married man, and guilt is the worst feeling in your stomach. And I knew it was my job, but I couldn’t tell my stomach that.” She goes on to describe how horrible these scenes were. The author of the article goes on to describe how nudity and this kind of prostitution and pornography is the norm in Hollywood.

The problem is that men like Weinstein and Hoffman are the norm for society, and this norm finds its way into the Church. We mock and taunt them for bringing out the horrors of Hollywood, or we cover our eyes and we try to ignore what is going on. Why? Because these debauched actions are happening in our living rooms, in our bedrooms, and everywhere else. Maybe we haven’t done things as bad as Weinstein and Hoffman. But we’ve seen as bad or even worse, because pornography is everywhere. And pornography involves real people like those shots of porn in the movie Passengers. And we justify it because everybody does. We very easily forget that this is the culture of Hollywood that has also created the world that Weinstein, Hoffman, and Jennifer Lawrence are living in.

But lets stop talking about this for a minute. 2000 years ago, a man named Jesus walked the dusty roads of Ancient Israel. He resisted temptation, and was single for His whole life. He treated women with respect. When a bunch of leaders hauled in a woman caught in adultery to condemn her, Jesus said to her: “Neither do I condemn you; go, and from now on sin no more” (John 8:11b). He healed many women, and the first people to meet Jesus after His resurrection were women (John 20). He then called His 12 disciples to preach His gospel the ends of the earth (Acts 1). He died for the sins of those who repent of their sins and believe in His Name, so that in Him they can be new men and women.

Are you wallowing in the shame of pornography addiction? Put it to death. Make a covenant with your eyes. Resist the devil and he will flee from you. When you think about those scenes pray for the Weinsteins and the Hoffmans and the Jennifer Lawrences of this world. Pray that they would be liberated from their captivity. Have you committed sins similar to the sins of these people? Defiling the image of God for a few bucks that will rot in the ground with your coffin? Repent of that sin. Turn to the forgiving blood of Christ and the renewing power of the Holy Spirit. When you give yourself over to those sins, plant your feet on the redeeming blood of Christ, and ask His Holy Spirit to go to war with those sins, and to be used to bring those scandalous adulterers of this world to the cross of Jesus Christ.

This is why the Apostle Paul says that He is not ashamed of the gospel. Because he knows full well that it is the power of God to salvation for you and me and Hollywood stars. If we believe.