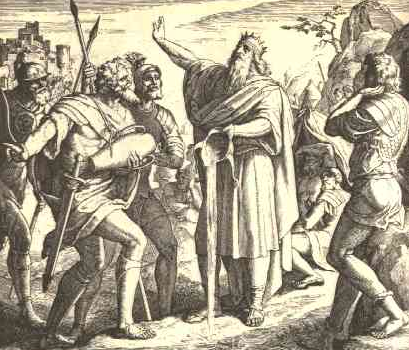 I signed the Statement on Social Justice and the Gospel. I did this for a couple reasons. I believe that the drafters have an important corrective for some of the negative trends in social justice: ie, it is easy to correct everything out there except for ourselves. Cultural Marxism and a culture of victimhood are real issues in our society. In the statement itself, they recognize that it holds no ecclesiastical weight and they are looking for discussion (I blogged a week ago on how this is not the council of Nicaea). I don’t necessarily agree with all the wording and I particularly appreciate Alastair Roberts response. But it is still a valuable document in the broader discussion.

As Christians we believe that Christ is King as well as Prophet and Priest, and as I will argue, one of the aspects of His Kingship plays out in bringing justice in the church, and then consequently in the world. Now, let us be assured, we cannot divorce Christ’s kingly role from His priestly and prophetic role. The three come together.

Isaiah states in Isaiah 9:7 “Of the increase of His government and of peace there will be no end, on the throne of David and over his kingdom, to establish it and to uphold it with justice and with righteousness from this time forth and forevermore. The zeal of the Lord of hosts will do this.” Paul also states in I Cor. 15:22-26, the consequences of Christ’s resurrection: “For as in Adam all die, so also in Christ shall all be made alive. But each in his own order: Christ the firstfruits, then at his coming those who belong to Christ. Then comes the end, when he delivers the kingdom to God the Father after destroying every rule and every authority and power. For he must reign until he has put all his enemies under his feet. The last enemy to be destroyed is death.“

Now, Jesus is not a Marxist. Neither is He a feminist. Neither did He begin a #MeToo movement. But when we look out over the display of cultural confusion, we can hold fast to the confession that Jesus is Lord. That means the state isn’t Lord, but Jesus is Lord. Now, if Jesus is Lord and we are His servants, then we are the vessels of His justice on the earth. Of course, when we work as vessels of His justice, we must never divorce His priestly and prophetic role from His kingly role. As servants of the King of Kings, we must be just, and we must seek justice in society.

Jesus died and rose again. Jesus ascended into heaven. And he reigns there as Lord. He is Saviour and Lord.

This is an expectation laid particularly on men as leaders but also on women when they see a failure in leadership. One text that is brought to mind when we think of a call for men to seek justice and love mercy, is II Sam. 23:3b-4: “When one rules justly over men, ruling in the fear of God, he dawns on them like the morning light, like the sun shining forth on a cloudless morning, like rain that makes grass to sprout from the earth.” Of course, this speaks of Christ, but we are servants of Christ just as David was a servant of Christ.

I don’t think the statement denies all this, but they could definitely clarify and further emphasize the kingly office of Christ and the kingly task of the Christian.